Heartbreaking post: What are you grateful for today? 22 reasons why you should be. #gratitude

It doesn't take very much for us to know how very fortunate we are, is it?  Everyday, I witness people who would definitely prefer a better life. This is a random series of what I captured in Singapore and overseas. What are you grateful for today? 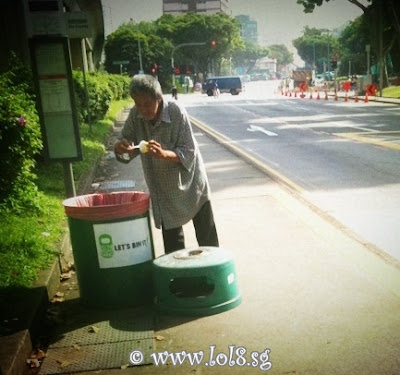 I chanced upon this old man wearing dirty clothes along a busy main road along Sims Avenue, searching and digging in the dustbin for food. He found a half empty yogurt cup and ate what was left. He also found a used cigarette and took a puff. 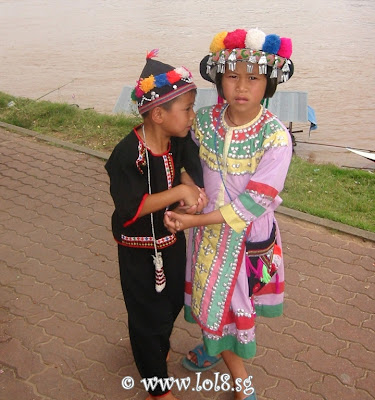 These two Thai siblings in Chiangmai hanging out in a tourist area begging for money. Whether they were pretending to look pitiful or not, I am sure they did not ask to be born in a situation to suffer this plight. 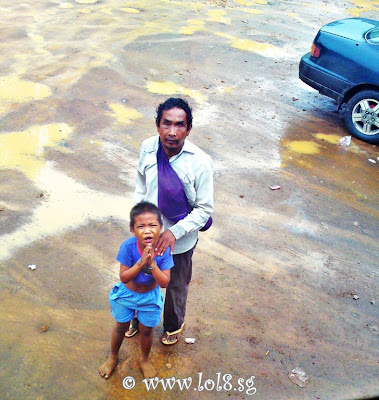 Years ago, when I just arrived in Phnom Penh, Cambodia, this little boy and his father, who is blind, kept begging us (sitting inside the coach), for money. How could I forget his look of desperation? 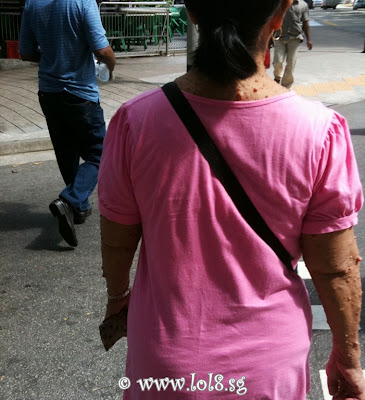 This lady was walking in front of me somewhere in Kitchener Road. I noticed her whole body was covered with lumps of flesh and spots protruding. They were all over her face, neck, arms and legs. Are you still thinking of plastic surgery to make yourself even more pretty when you already have perfect skin and a beautiful body? 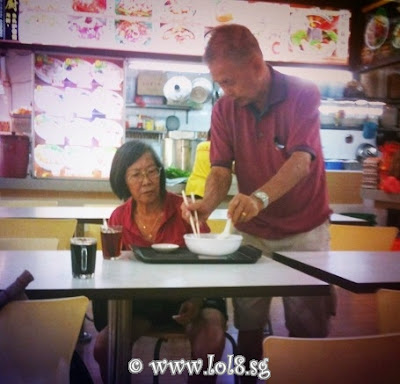 This couple were in a coffeeshop somewhere in the east of Singapore. The man was feeding his wife, who had difficulty walking. The woman's face was full of sadness. Her husband slowly fed her, held her arms and led her gently when they left after lunch. What more could you ask for in a companion? 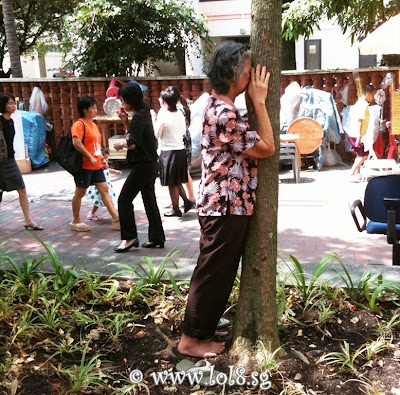 Sighted this elderly lady outside Waterloo Street temple. She caught my attention because her face was touching and hugging a tree.  Would someone who is in a right mind do that? 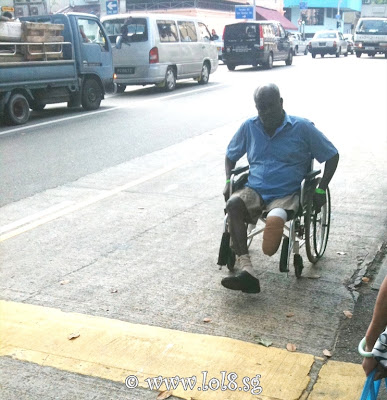 This Indian man was travelling in a wheelchair along the roadside in Jalan Besar. He lost one of his legs. If not necessary, would a disabled man move around without proper transport? 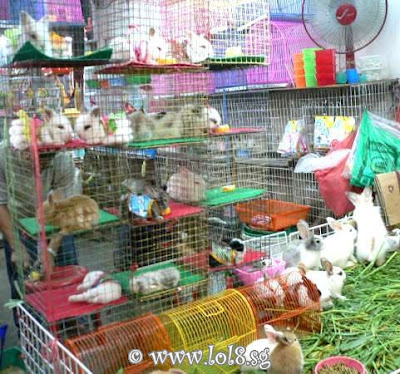 I always associate Chatuchak Market in Thailand, with this.Little animals like dogs, cats, rabbits, hamsters, chicks are captured in cages waiting to be sold.  The condition of captured dogs was worse, who hardly had space to move about. Why are we so cruel to animals and do you not know that we could very well be reborn as an animal in our next life? 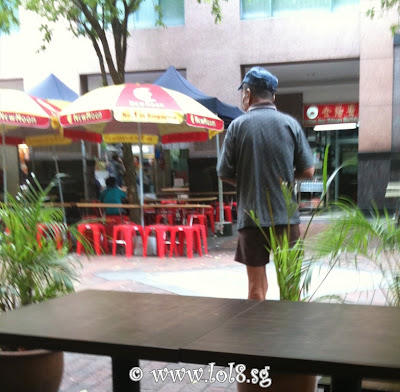 This man approached me somewhere in Bencoolen Street when I was having wanton noodles.  He asked for $10 to buy food.  I did not give it to him because he was holding a packet of cigarettes and smoking. If he could afford cigarettes, why couldn't he feed himself? And he asked for $10. I would not have minded buying him a plate of wanton noodles. Maybe he did not deserve sympathy, but what if it was your own father doing this? 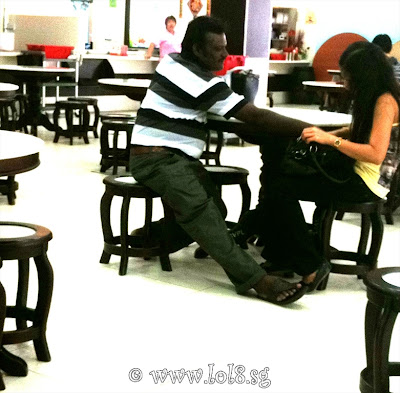 Somewhere in Gullimard, I saw this Filipino lady soliciting a guy. They were touching each other all over the place. I was sad she had to resort to this for extra bucks or maybe just for companionship? 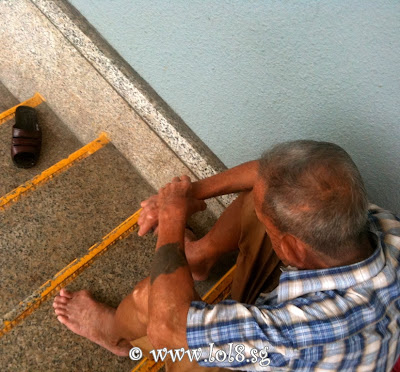 I blogged about this old man before. He looked like a deranged man, hanging outside the MRT station. What caught my attention was the tattoo on his arm.  It read, "女人是祸水"(loosely translated means, "Women are trouble."). Whatever his experience was, it must have been quite tragic. 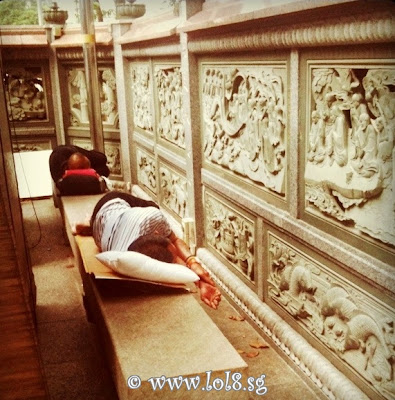 Two men were napping inside the Buddhist Lodge temple. Whenever I see beggars or homeless people sleeping on the streets, my heart went out to them.  If given a choice, weren't they have preferred a roof over their heads and sleeping in a comfy bed? 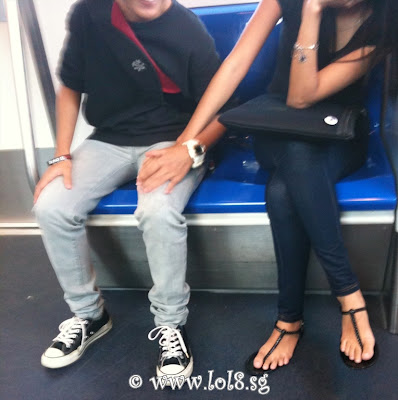 This couple were quite intimate with one another, and chatting and laughing in the MRT train.  No, I was not displeased. Instead, I was happy for them, for they were not a physically abled couple. 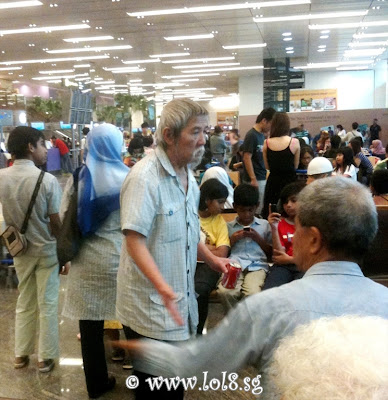 At Changi Airport, this man was hoarding the entire row of chairs near the check-in counter on a busy crowded morning. I am not sure if he was travelling but he certainly made it look like he was.  He had a trolley of dirty looking bags, and he was lying down and trying to sleep on the chairs. He did not allow anyone near him, nor his chairs and would scream at those who did. 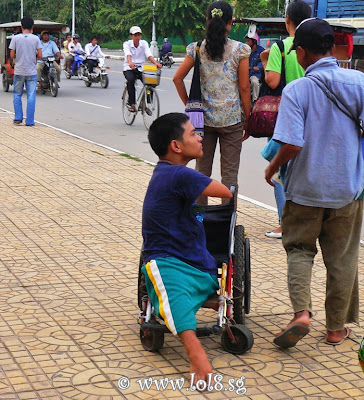 This boy on a special wheelchair was begging outside the Royal Palace in Phnom Penh, Cambodia. He was quite persistent. I really felt sorry for him. He had no legs or hands. 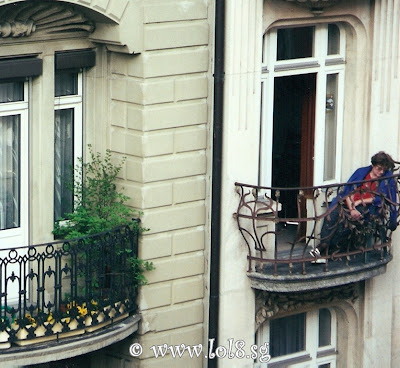 From my hotel window in Lucerne, Switzerland, I saw this elderly lady sitting on the quaint balcony of an apartment opposite. Nothing unusual about this, but somehow, something struck me, that she must have been feeling very lonely. Ponder over how lonely you are when you are alone sometimes and you might be more grateful for those around you. 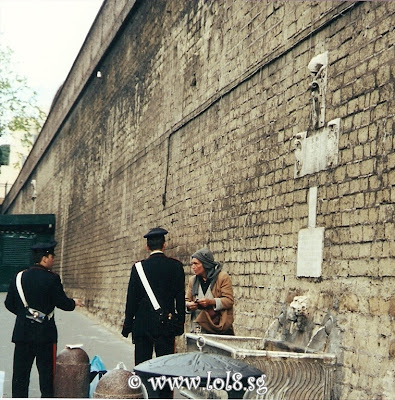 A beggar outside the Vatican City, being questioned by the police. I did not know what he had done wrong as he was pretty defensive. I thought he only wanted a drink from the free spring water. 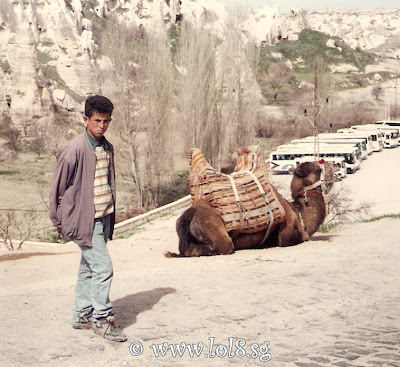 This young boy manning the camel waiting for customers in Cappadocia, Turkey. He did not look very happy. In fact he looked angry and grouchy when I took his photo. Does he have other means of earning a living besides doing this every day?  What will his future be like? 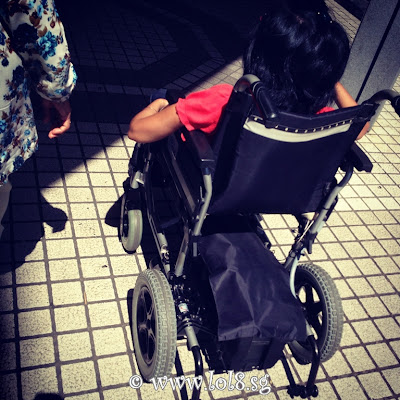 This little Malay girl in wheelchair was having a day out in Orchard Road, accompanied by her mom, who showered her with care and attention.  Such is the great love of mothers. 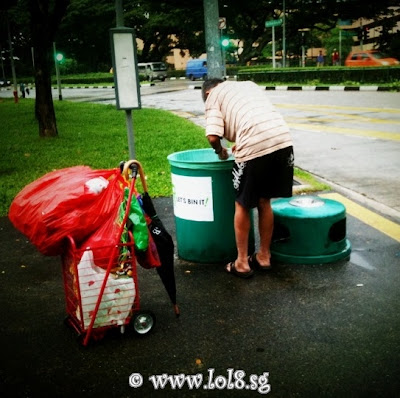 An elderly man was searching in a dustbin for stuff which people had thrown away, to recycle and to re-sell for a little pocket money.  Notice his trolley full of old items? 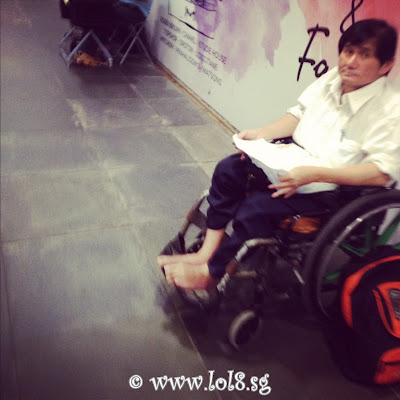 Man in wheelchair performing at an underpass tunnel. Competition abound from other performers in wheelchairs nearby. 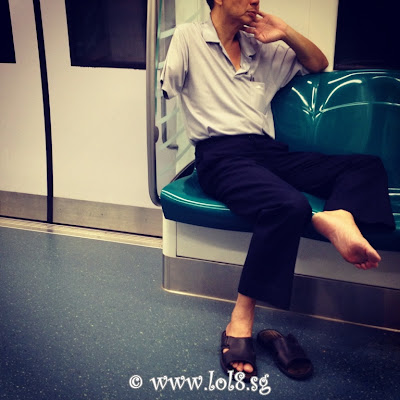 Man in a MRT train ride, minus an arm.

When you wish life could have been better, you realise it is already not too bad.  Have a good weekend.
yours truly, STUMPBO @ 3:35 pm