Was at the Republic Foodcourt in Wisma Atria for lunch today after my meeting. This is one foodcourt I like because no matter how crowded it was, you could always find seats because the place was huge and the wide variety of food from the many stalls were very inviting.

I was very hungry. Decided to go for Teppanyaki because it has been sometime since I last had it. Somehow sitting at the row with the chef cooking in front of you and for you, kicked up an already-hungry appetite. I ordered the Set which comprised of scallops, lamb, oysters, sotong, fish, 2 types of veggies (beansprouts and chye sim) as well as plain rice and soup. 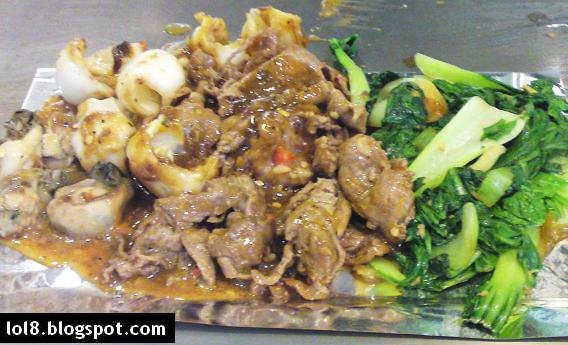 The chef would cook each of the ingredients by batches and distribute a portion to those who ordered the items. So, not everything came at the same time. These were the first batch for me. All the food was heaped on a small sheet of aluminium foil. Lamb was tender and thinly sliced, there were a few oysters and scallop (my favourite). The crucial thing in Teppanyaki, I feel, was the sauce. As I ordered the spicy version, what I got was really very very spicy and a little too salty. That's why you had to have the plain rice to go with the stuff. 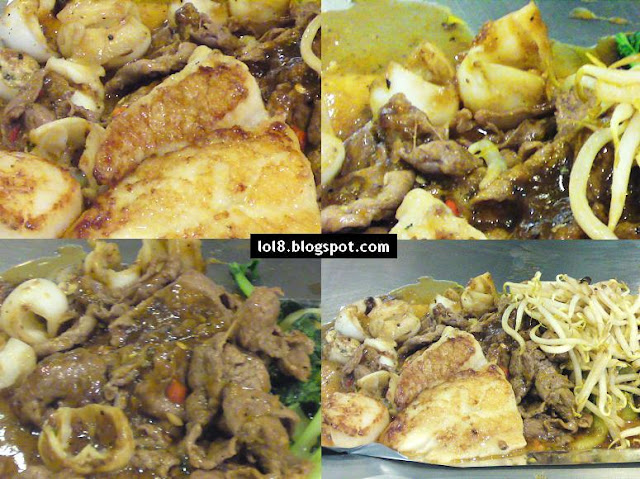 Next came the fish and loads of beansprouts. I asked the chef what chilli he used. I was right it was chilli padi, because it was really spicy so much so it covered the taste of the fresh ingredients. Overall it was a nice lunch as food cooked on the spot is the nicest as it is piping hot. 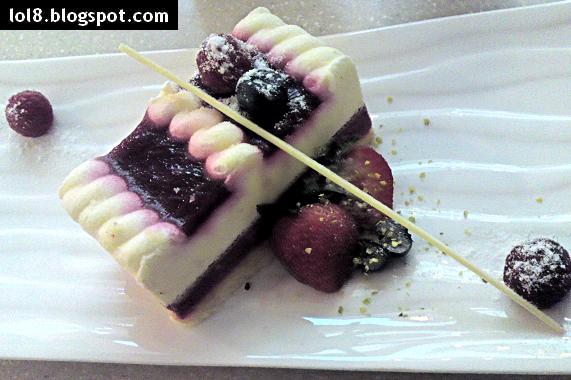 And this was my dessert much much much later in the late afternoon after I was done with discussion. This is Fruity Tiramisu. It actually tasted more like cherry cheesecake ice cream. Not the slightest taste of tiramisu. Oh well.
yours truly, STUMPBO @ 11:48 pm