Newsflash at 1.35pm, Singapore time.
Received sms from a DPL member in the monastery that Lati Rinpoche's fire puja has been completed. Please do your respective dedications wherever you are, for our guru's swift and undisputed return. Om mani padme hum!!!!

2.00am, Singapore time.
Day 8 of Rinpoche's paassing. Today 19 April, the day of Lati Rinpoche's fire puja (cremation) which will be held early in the morning at 7am India time (9.30am Singapore time). Tonight overnight, all the monks in Gaden Shartse Monastery are crowding around Lati Ladrang to pay their final respects to Rinpoche as well as to continue to make strong prayers for Rinpoche's rebirth as soon as possible. 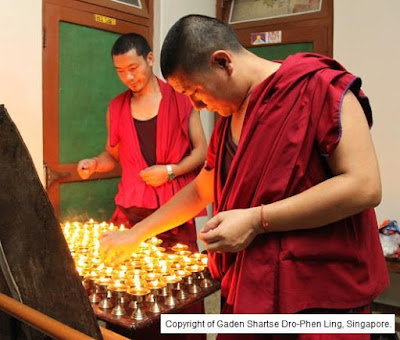 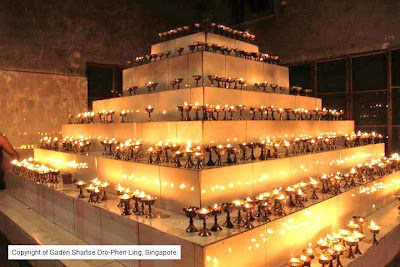 This is the Monastery's bell tower where 1000 oil lamps were offered continuously for Rinpoche, which remained lit for 24 hours. A group of 10 monks were in charge of monitoring the lamps. Each time the lamp burnt out, the dedicated monks would repolish the silver holder and offer a light once again, continuously. 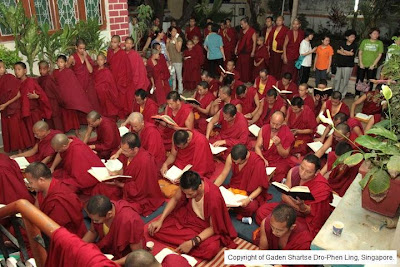 Before Rinpoche's cremation in the morning, now throughout the night, many monks went to pay their final respects and to be with the holy body of Rinpoche. The throngs of monks crowded outside Lati Ladrang, united in fervently reciting prayers. 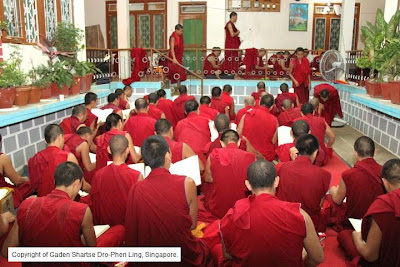 Everywhere was very crowded..... many monks praying 24-hour without stopping for a single moment. Long queues were snaking outside Rinpoche's room as they paid their last respects to Rinpoche's holy body. We witnessed the passing of a Great Lama...
Inside Rinpoche's room where his holy body was, DPL members were offering kartas and making heartfelt requests for Rinpoche's swift return once again to benefit all beings. May Rinpoche's reincarnation be found as soon as possible. 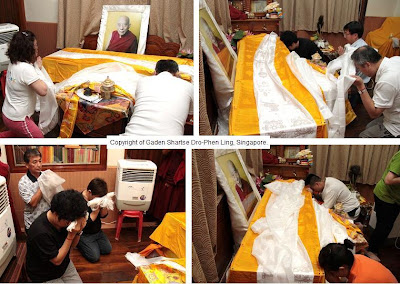 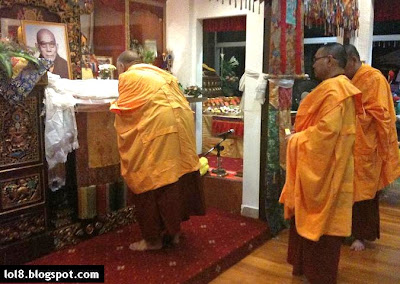 Over at DPL center in Singapore, the past evening 17 April, Rinpoche's 7th day passing into Nirvana, DPL Singapore conducted the final guru puja and tsog offering. Old Geshe-la and monks paid their last respects to Rinpoche after the puja. 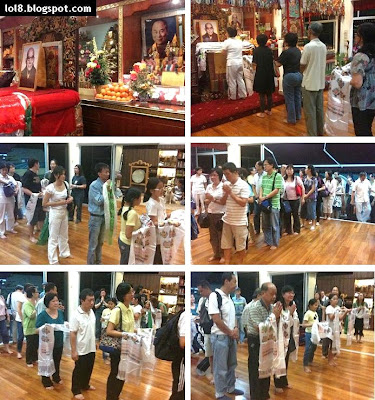 Many students of Rinpoche and devotees came to the center for the past 7 days to pay their respect to Rinpoche. Many were offering sincere prayers to Rinpoche, and their gratitude for his kindness. 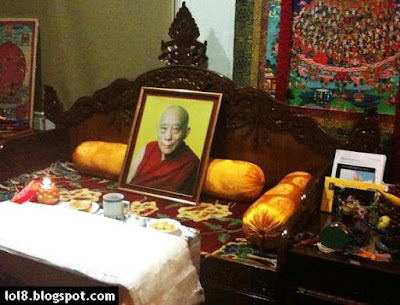 At the end of the puja on the last day, the members and devotees went upstairs to Rinpoche's room where he stayed when he visited Singapore, to offer khata and offerings to Rinpoche. One could feel the powerful yet calm energy inside the room. On Rinpoche's table were a lit candle, plates of bread and biscuits as well as his personal cup of drink which he normally used. 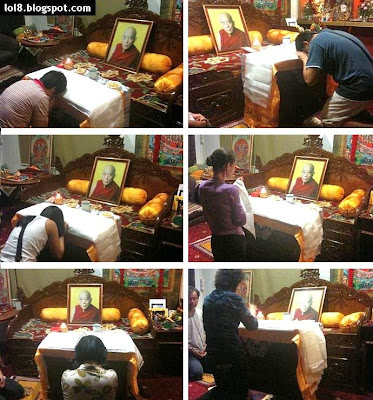 Each and everyone offered their most earnest prayers to Rinpoche, to give thanks to him for his teachings in this lifetime, as well as to request to be able to stay connected to him in future lifetimes, so that they could be students / disciples of Rinpoche again. 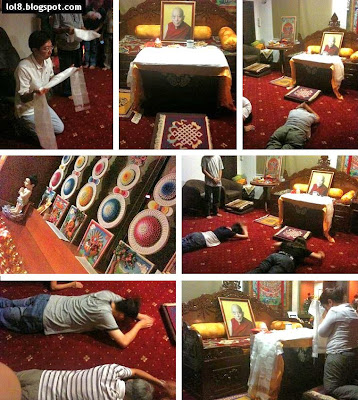 Many made full prostrations, offered khata and also offerings to Rinpoche. 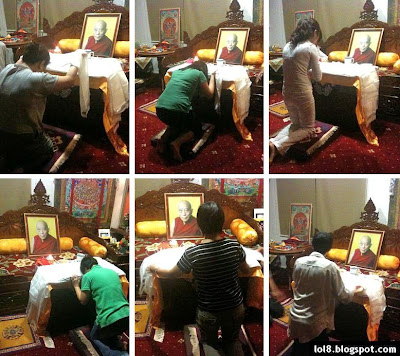 All students of Rinpoche were indeed fortunate to have met a genuine guru who has benefited them greatly. May the seed of affinity with Rinpoche which has been planted continues for many future lifetimes to come. 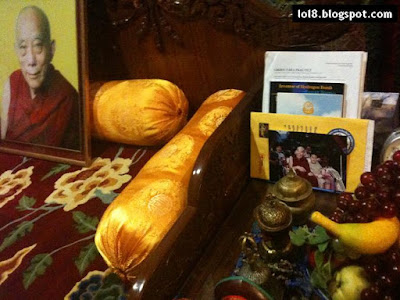 Rinpoche's dorje and bell and other personal belongings next to his throne seat. As we await the fire puja in the morning, good bye Rinpoche, may your reincarnation comes back as soon as possible. May all be auspicious!
See other related posts: