I dreamt of the Dalai Lama again!

I guess I am lucky that most of my dreams are happy and auspicious. I consider dreaming about the Buddhas, or His Holiness the Dalai Lama or my gurus like Lama Zopa Rinpoche, as the most blissful and auspicious dreams. And I am always happy to blog about my dreams. I am fortunate that I do not have any nightmares.  I do have frequent dreams but unfortunately I could not recall most of them at all. They remained very vague. Those I could remember, they were most vivid. 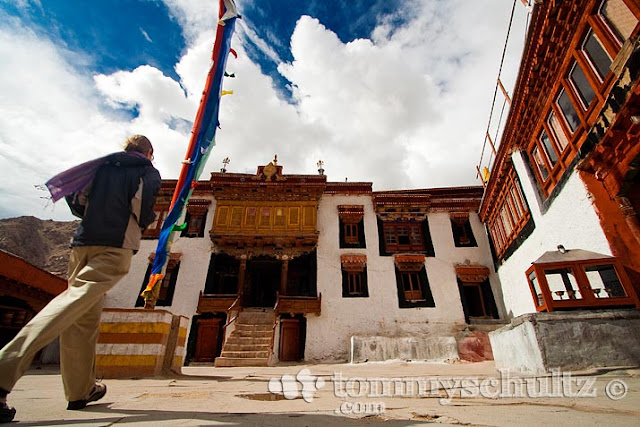 In this dream, I was in a building which looked like in the compound of a monastery or temple. The surrounding walls were white.  I did not see any Buddha statues, as I was in the courtyard, but I saw a number of monks and lay people busy running about doing their own stuff.  I could not recall some parts of the dream. Then somehow I was told by an invisible voice to make something or prepare something for offering to His Holiness the Dalai Lama when he visits.  I was told that by making that "something" I would be accumulating lots of merits which would be beneficial for me. In the dream, I was quite excited and happy, because firstly, I was going to meet His Holiness, secondly I was going to make something for him, and thirdly it was a merit-making opportunity!  As I ran around trying to make that something from scratch, I had absolutely no idea what to do. It was not fruits, it was not incense, it was not flowers or anything.  I just remember running to and fro searching for the "ingredients" to make the "something".  I was totally not aware what stuff I was supposed to prepare. 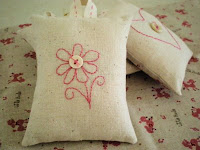 Then all of a sudden, 'poof' appeared on my right palm was a rectangular simple looking beige satchet (something like this I found online). I was pretty curious how I managed to make this satchet for an offering and had no idea what was inside. In the dream, I was happily prancing around the courtyard because I had finally finished this merit-making offering. 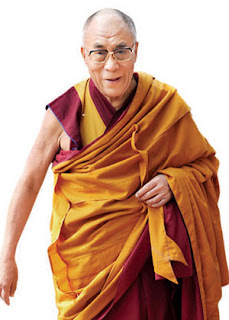 Just as I got out of a courtyard into another, at the entrance, about 2-3 metres away, I suddenly saw His Holiness the Dalai Lama appeared and walking briskly by, followed by only one monk (lama) behind him.  Immediately I bowed my head and clasped my palm.  His Holiness walked towards my direction, smiling brightly and so compassionately as usual. He was standing side by side to me, as I opened my palm to show him that satchet offering. Then His Holiness was talking to me about something, I heard his voice and I could not recall what he said. After a few moments, he took the satchet from my palm with his right hand.  When he opened his right palm again, instead of the plain looking satchet, there appeared on his palm, was a small statue of Guru Rinpoche (or otherwise known as Padmasambhava or 莲花生大师)!!!! 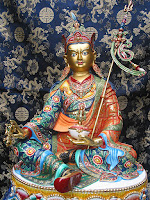 The statue of Guru Rinpoche was small, the size of the palm and very colourful indeed.  I was so amazed in the dream that my eyes were almost popping out, as I listened to His Holiness whispering something into my left ear. It was as if he was giving me an explanation or instruction, but I could not hear anything. Then I woke up.  This was the second time I dreamt of Guru Rinpoche this year. The first was on Vesak Day. Could this dream be a reminder to start Guru Rinpoche's practice? What is the connection with Guru Rinpoche about? I shall check this out soon.

Guru Rinpoche /Padmasambhava is 莲花生大师 The Lotus Born, a great Indian sage who was said to have transmitted Tantric Buddhism to Bhutan and Tibet and neighbouring countries in the 8th century. In those lands he is better known as Guru Rinpoche. He is considered an emanation of Buddha Amitabha and traditionally venerated as "a second Buddha".