The Tourist, The Humanitarian, The Bodhisattva 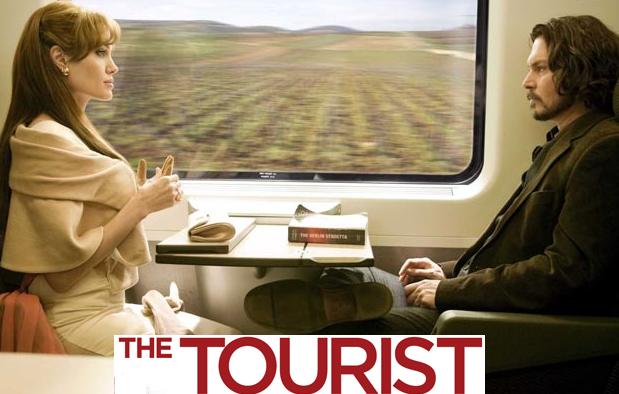 I hope I'll be able to catch this newly-released movie, The Tourist, starring Angelina Jolie and Johnny Depp. Both Angelina Jolie starring with Johnny Depp are a potent combination, and being filmed in the breathtaking backdrop of Paris and Venice, this movie is a must-watch.  Both actor and actress, as well as the movie, have already earned themselves a Golden Globe nomination each. 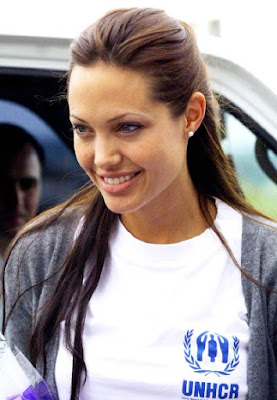 I love Angelina Jolie not as a celebrity but largely for her humanitarian role and efforts.  In 2001, she donated $1 million for Afghan refugees in response to an international UNHCR emergency appeal. She insisted on covering all costs related to her missions and shared the same rudimentary working and living conditions as UNHCR field staff on all of her visits. As a result Jolie was named a UNHCR Goodwill Ambassador on August 27, 2001.


Since then, Jolie has been on field missions around the world and met with refugees and internally displaced persons in more than 20 countries. Over time, Jolie became more involved in promoting humanitarian causes on a political level. Jolie has received wide recognition for her humanitarian work. She has also donated millions and millions of dollars in aid of the needy.


Asked what she hoped to accomplish and her motives, she said, "Awareness of the plight of these people. I think they should be commended for what they have survived, not looked down upon. We cannot close ourselves off to information and ignore the fact that millions of people are out there suffering. I honestly want to help. I don't believe I feel differently from other people. I think we all want justice and equality, a chance for a life with meaning. All of us would like to believe that if we were in a bad situation someone would help us."


She is a modern day Bodhisattva. May all her projects succeed, so that she is able to continue her humanitarian work and to be able to contribute and help millions of people around the world who are still suffering. 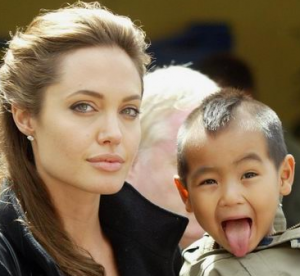 Although it is not clear if she is a Buddhist, Angelina Jolie regards Buddhism as an important part of her son's Cambodian heritage and considers him a Buddhist. She has said, "We spend a lot of time at our house in Cambodia. And I’m learning about Buddhism and I’m teaching him what I can. He spent a lot of time in temples with monks and he's learning." Shortly after adopting Maddox, Angelina tattooed a prayer for protection for him on her upper back. She said, "I asked for it to be done in Buddhist Sanskrit, which is part of Maddox's history."

Here are some of her quotes which I like. In some ways, her thoughts exemplify the Buddhist's way of life. The Buddha nature lies within each of us.


"I don't believe in guilt, I believe in living on impulse as long as you never intentionally hurt another person, and don't judge people in your life. I think you should live completely free."

"There's something about death that is comforting. The thought that you could die tomorrow frees you to appreciate your life now."

"I don't see myself as beautiful, because I can see a lot of flaws. People have really odd opinions. They tell me I'm skinny, as if that's supposed to make me happy."

"If I think more about death than some other people, it is probably because I love life more than they do."

"Without pain, there would be no suffering, without suffering we would never learn from past mistakes. To make it right, pain and suffering is the key to all windows, without it, there is no way of life.

Email ThisBlogThis!Share to TwitterShare to FacebookShare to Pinterest
Categories Celebrities