I saw His Holiness the Dalai Lama!

I woke up early this morning, fresh from the memory of the partially vivid dream last night. So I have to immediately jot this down, in case I forget again.

I could not recall the first part of the dream which was very vague and patchy, I could only recall different brief moments. I was in a certain country, supposedly on a tour. The air was cool and comfortable. I was with my sis and her 2 kids and a small group of about 10 people, which includes 2-3 Indians (I remember an elderly lady in sari). In the dream we were in a place, in an elongated room which looked more like a laboratory. Could not recall what we were doing inside the room. 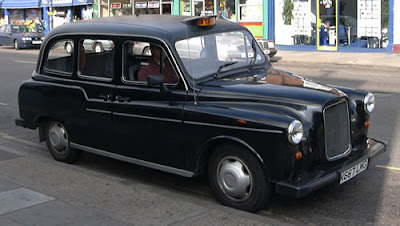 Then we were supposed to be heading somewhere, so everyone got into the car which looked like a huge black London cab (surprisingly the 10 of us could fit into the car). It was parked by the roadside. And just when we were about to leave, I recalled that I had forgotten to keep something valuable which I did not want to bring along with me. So I got out of the car, went up to the door of the elongated room. It was a glass door which I could see through. There were some chairs inside the room. In some miraculous way, with the glass door unopened, I tried to put the black messenger bag I was carrying onto one of the chairs inside. As though by magic, my black messenger bag suddenly appeared on the chair, with me still standing outside the glass door. And in a blink of an eye, I saw my black messenger bag being covered by a black-greenish thick blanket. I am not sure how that was supposed to "hide" the bag. From the window of the London car, the indian lady in sari was instructing me how to "hide' the bag. Hmm... 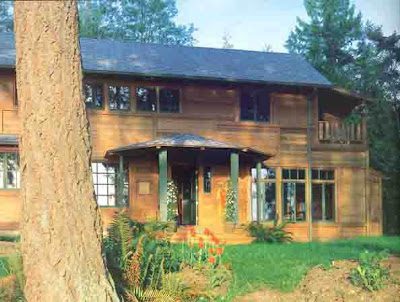 Then in a few seconds, we were transported to somewhere else. We were outside a very nice two-storey standalone house which looked like a chalet. It was a wooden house with dark wood and there were a few white blankets hanging on the balcony of the house on the second floor. We did not enter the house, but it seemed to be the place we were supposed to stay. I think the group of us spent some time admiring the surroundings of the chalet. 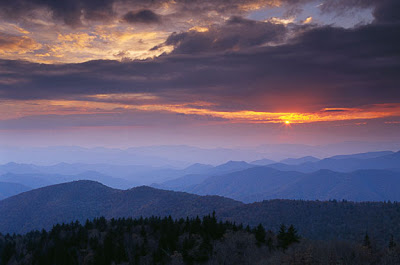 Yet in another scene, we were transported to a park with mountains nearby. Could not recall what we did, except walking around the place. Vaguely I remembered I was searching for something which had apparently gone missing, but I did not even know what that was. I only remember searching for that something while enjoying the great view of the mountains before my eyes. I was not even frantic. On the side, I always have dreams of the mountains. 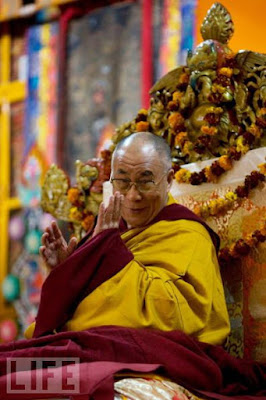 Then, yet again, we were next transported to a slightly dim hall. Immediately I knew it was a prayer hall of a typical Tibetan monastery. There were no Buddha statues and no monks around. I only saw an elaborate throne seat. The small group of us were supposed to sit on chairs which were arranged in a circular manner, and there was only one row. It was like sitting around in a campfire manner, with the throne seat in the center. Then in a blink of the eye, I saw His Holiness the Dalai Lama sitting on the throne! And suddenly everyone was queuing up for his blessings. I became very excited to see His Holiness. Then in the dream, somehow I knew I was in Dharamsala, India. I was in His Holiness' monastery. 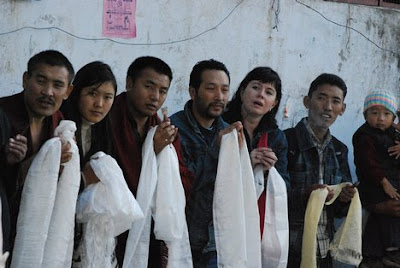 Although there was only a small group of people in the queue, everything seemed like in a slow motion, and the blessings took place very slowly. His Holiness was talking and blessing each person at the same time. As I was queuing behind, I was suddenly frantic that I did not have a karta with me as I looked around trying to find the traditional white scarf which we were supposed to offer to the guru, for blessings. Then, in a blink of the eye, I saw a very beautiful golden yellow and long karta appeared suddenly on my palm. I was so relieved. 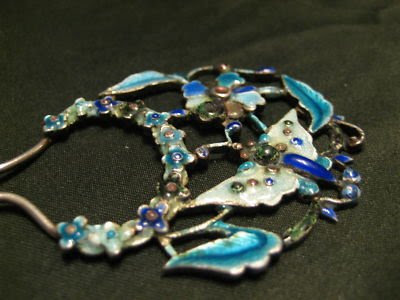 Then in a few seconds, I was worried again. Besides the karta, I also wanted to offer something else to His Holiness, and again frantically searched around and wondering what I could offer. The queue seemed like taking a long time before my turn. The elderly Indian lady wearing a sari was behind me in the queue. I turned around and I asked her what should I offer to His Holiness. She touched her hair which was in a bun, and suddenly she placed on my palm a tuft of hair! I thought it was not an appropriate gift, so I chuck it aside. Then in a blink of the eye again, on my palm, I saw a very beautiful shiny small hair pin. 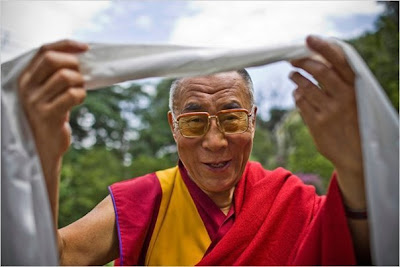 It was finally my turn for the blessing. This part of the dream was the most vivid. His Holiness was smiling very widely. He blessed me with the karta. Then with my palm clasped together, I told His Holiness, "I am very happy to meet you, Your Holiness. This is my first time in Dharamsala." His Holiness nodded his head, then he pointed at me, and said, "Yes, I am very happy too. You must come and attend my teachings in Dharamsala next time." His voice was very loud and clear. I was fighting back tears, as my head touched his throne seat for blessing, his hand reached and touched my head, blessing me. End of the dream.

I think the message of the dream is very clear. I need to meet His Holiness soon. It amazes me that whenever I am having some doubts or feeling down, His Holiness appears in my dream. While I am not at all close to him physically, he makes me feel so very close and connected to him in spirit and in mind. Always when I woke up from dreams of His Holiness, I would be very calm and peaceful.

This is my first dream of His Holiness in 2011. The previous recent dream was last month in December. I am very blessed indeed. Om mani padme hum! _/\_