Khen Rinpoche back in Kopan Monastery 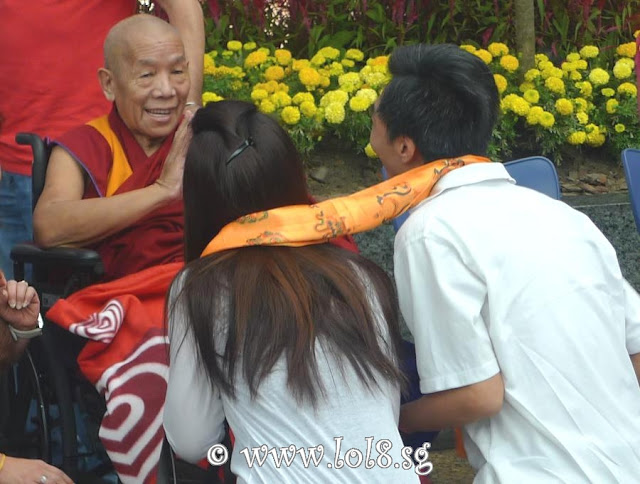 Khen Rinpoche Lama Lhundrup is now back in Kopan Monastery. A couple of days ago, I, together with many others went to the airport to send Rinpoche off before his flight to Kathmandu early in the morning. Managed to receive his kind blessings and photos taken with him. Rinpoche was smiling and cheerful, despite his illness.

We know it has been raining cats and dogs these few days. The night before Khen Rinpoche's flight, it was raining with thunder. I tweeted that I believe the heavy rain would stop early in the morning. Indeed, the rain stopped when I was on the way to the airport at 7am. The weather was quiet and cool. The heavy rain only resumed 2 hours later after Rinpoche's flight took off, and it continued raining throughout the rest of the day. Such is my experience; I know whenever a great master is arriving or departing, even the skies are tamed. Such is a wonderful mystical phenomena. :)

In Lama Zopa Rinpoche’s observation it seems there is now no need to do more recitations as some big pujas which were offered for Lama Lhundrup seem to have helped the situation a lot.

We strongly rejoice in all the merits created through these recitations and the pujas, which have been of great benefit to Khen Rinpoche and all. Thus we see the power of prayers collectively by Khen Rinpoche's students and FPMT members worldwide. May Khen Rinpoche recuperate well and may we see him back in Singapore soon so that we can continue to receive his teachings and blessings. 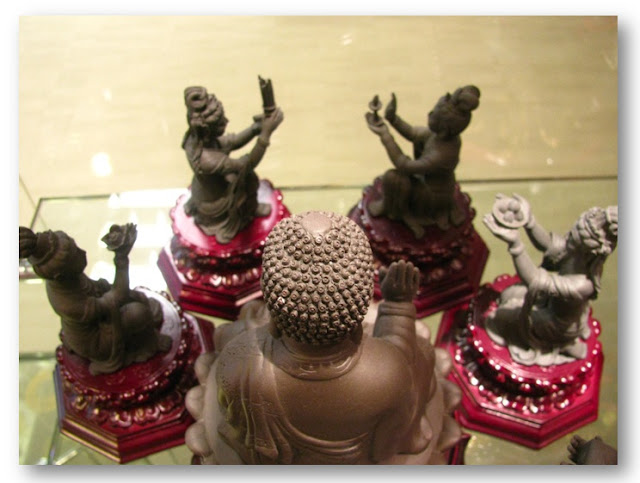 Among the many wonderful holy objects and items offered for sponsorship, there is a lovely set of the Buddha with 6 offering devas. This is a special blessed gift from Khen Rinpoche Lama Lhundrup. If you would like to sponsor this, kindly contact ABC or head down to ABC to view this blessed gift from a holy being.